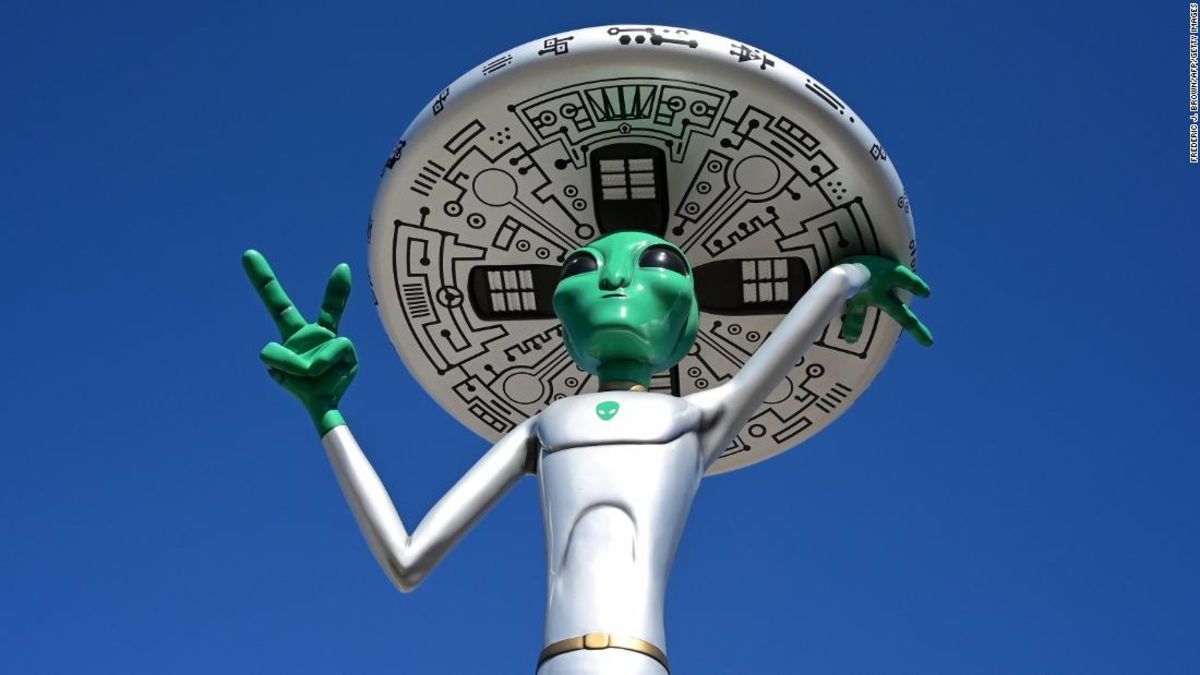 Ads by Amazon
Share on Facebook
Share on Twitter
Share on Pinterest
Share on LinkedIn
(CNN) — They’re coming to Area 51. Not the aliens, but the alien enthusiasts.
Almost 2 million people clicked the “going” button on a Facebook page set up by a California man seeking to storm Area 51, the super-secret military base in Nevada, to “see them aliens.” The date for this “raid” is Friday.
The page’s creator disavowed the whole thing and Facebook took down the page, but events are still planned, and that’s led officials in Nevada to worry that thousands of people really will try to get onto the base, potentially creating a crisis situation in the middle of the desert.

The creator underestimated the allure

Matty Roberts was just joking. He didn’t believe anyone would take him seriously when, on June 27, he created a Facebook page for an event entitled “Storm Area 51, They Can’t Stop All of Us.”

But Roberts may have underestimated the allure of Area 51, the highly classified US Air Force base in southern Nevada. It’s long been a topic of fascination for conspiracy theorists and paranormal enthusiasts who believe it to be the location where the US government stores and hides alien bodies and UFOs. Just this week, the US Navy acknowledged that some videos of UFOs are indeed images of objects that can’t be identified.

Roberts said he came up with the idea for the meme page after podcaster Joe Rogan interviewed Area 51 whistleblower Bob Lazar and filmmaker Jeremy Corbell. Lazar claims that he worked with an alien spacecraft while he was employed in one of Area 51’s underground facilities.

CNN’s Nick Watt explores the “Storm Area 51” event that took social media by storm, and how the locals plan to respond to an influx of alien enthusiasts to their town.
The Air Force didn’t see the joke in any of this and promised to stand “ready to protect America and its assets,” so Roberts switched tactics. He started promoting a music festival, Alienstock, to be held this weekend in Rachel, Nevada, one of the closest towns to the base. But he pulled out of the festival last week, because he feared it would turn into a “humanitarian disaster.”
“Due to the lack of infrastructure, poor planning, risk management and blatant disregard for the safety of the expected 10,000+ AlienStock attendees, we decided to pull the plug on the festival,” he wrote on a website for the festival. (Roberts set up a separate festival, the Area 51 Celebration, in downtown Las Vegas.)
But Alienstock will go on in Rachel, as well as other events in the nearby town of Hiko, and that’s what has local officials worried. They’re afraid that some people really will try to “storm” the desert base or put themselves in danger trying.

There are not enough accommodations

Rachel has a population of 54 and is surrounded by ghost towns and desert. The town boasts only four businesses in its city limits, and the Little A’Le’Inn is the only one that provides lodging and food.

According to its website, the inn is “booked solid.” The inn has 14 rooms, and camping space is now the last available option.

To make matters worse, Rachel’s only gas station closed in 2006, so visitors will have to fill their tanks 50 miles away in Alamo, Nevada.

The back gate of the top-secret military installation known as Area 51 is seen on July 22.

“We could probably handle it, but it could definitely cause issues. Heaven forbid the number is 5,000 people where you almost double the size of the county,” he said.

But the number of people isn’t even Lee’s main concern. He said exposure to the environment is what he is worried about.

“I could see people with a lot of heat-related issues, and with our limited resources up here it could definitely jeopardize their safety. The number of people could overwhelm our EMS in a hurry,” he said.

Two people have already tried to get on the base. Earlier this month, two Dutch men were arrested about three miles deep into the Nevada National Security Site, which is near Area 51. They pleaded guilty to trespassing and illegal parking. They told authorities they just wanted to get a good look at Area 51.