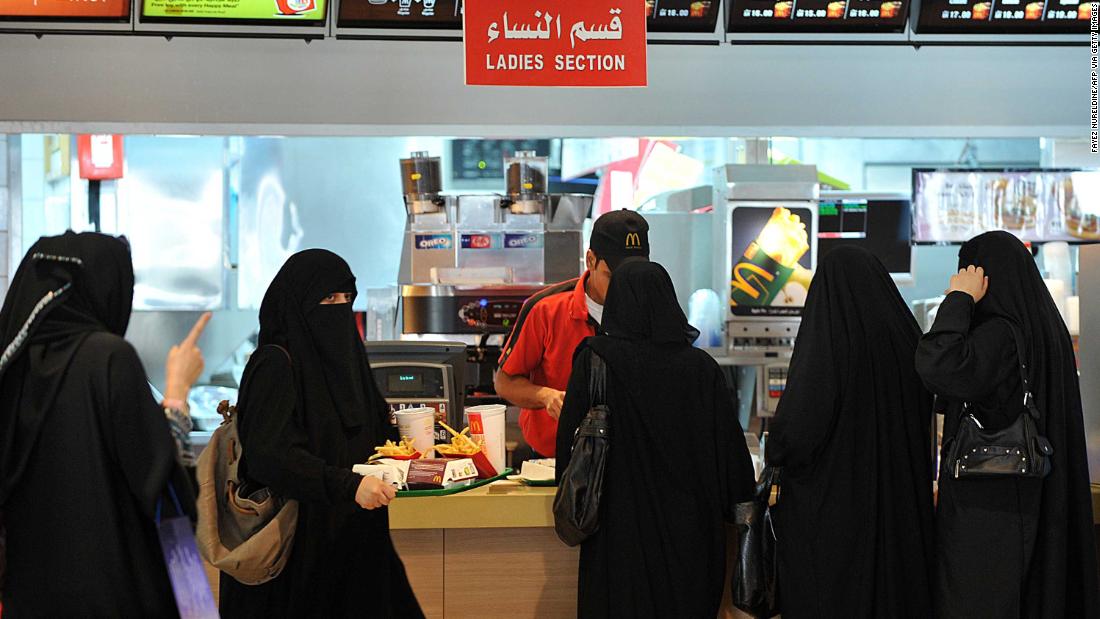 Share on Facebook
Share on Twitter
Share on Pinterest
Share on LinkedIn
The move is part of a series of measures to loosen strict social rules as part of a drive to modernize the ultra-conservative, oil-rich kingdom.
Before Sunday’s announcement by the ministry of municipalities and rural affairs, it was mandatory for restaurants and other dining establishments to have segregated entrances for women and families, and for men.
In practice, the requirement has been eased in recent years, with many restaurants in the kingdom doing away with gender segregation.
In August, the government lifted a ban on Saudi women holding passports and traveling abroad without the consent of a male guardian.
In a landmark reform, women were granted the right to drive in 2017 and were issued their first drivers’ licenses in 2018. But the kingdom has also escalated a drive to stamp out dissent in recent years.
In 2018, many female activists, including those who campaigned for the right to drive, were jailed. Several have since been released after widespread international condemnation.
This article was originally published by Cnn.com. Read the original article here.
Share on Facebook
Share on Twitter
Share on Pinterest
Share on LinkedIn